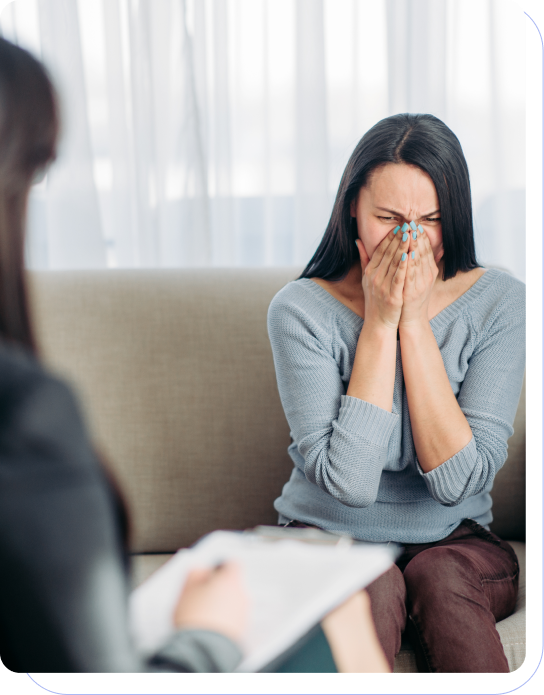 It’s no secret that sadness is a natural part of human life. One may feel depressed or sad when going through a draining life experience or when a loved one passes away. These feelings tend to be temporary, so if they persist for long, it may indicate that one has a mental health condition such as major depressive disorder (MDD).

Also known as clinical depression, major depressive disorder can impact many aspects of one’s life. It affects behavior, mood, and physical functions like sleep and appetite.

With over 7.8 percent of the adult population having experienced depression, MDD is among the country’s most common mental health conditions. Learning more about this disorder can help avoid negative impacts. Here’s everything one should know.

Depression is usually characterized by anhedonia and a feeling of sadness, stopping one from doing their everyday activities. As the disorder advances, the symptoms may be minor or severe. Though each person experiences major depressive disorder symptoms differently, here are the most common ones:

How MDD Is Treated

The right treatment may give someone with depression the tools and support they need to overcome sadness and hopelessness and feel motivated to be happy again. Major depressive disorder treatment can include one or a combination of these interventions:

Since people with depression are believed to have low serotonin levels, SSRIs (selective serotonin reuptake inhibitors) are the common antidepressant type prescribed for MDD as they increase serotonin concentration in the brain. Serotonin is a neurotransmitter (brain chemical) that helps induce healthy sleeping patterns and improve mood. Examples of well-known SSRIs include citalopram (Celexa) and fluoxetine (Prozac).

Besides SSRIs, SNRIs (serotonin and norepinephrine reuptake inhibitors) such as venlafaxine (Effexor XR) and duloxetine (Cymbalta) can be prescribed for MDD. They prevent the reabsorption of norepinephrine and serotonin, which are needed to improve mood.

Monoamine oxidase inhibitors (MAOIs) and tricyclic antidepressants can also be used to treat MDD since they are known to increase the concentration of dopamine, norepinephrine, and serotonin in the brain. Common examples of MAOIs are transdermal selegiline, isocarboxazid (Marplan), tranylcypromine (Parnate), and phenelzine (Nardil), whereas tricyclic antidepressants include amitriptyline (Elavil), nortriptyline (Pamelor), doxepin (Silenor), etc. However, these drugs are less commonly prescribed for depression now due to their lower safety profile compared to new antidepressants.

Other FDA-approved drugs to treat MDD include bupropion (Wellbutrin), mirtazapine (Remeron), trazodone (Desyrel), and Nefazodone (Serzone). The choice of medication will ultimately be at the peril of the doctor depending on one’s medical history, the severity of the condition, and suitability to a particular drug. Doctors also weigh the benefits and side effects of the drug before giving them to patients.

One should never assume they can stop taking depression medicine when they start feeling better. It’s always important to talk to a doctor before coming off the medication since quitting suddenly can increase the risk for withdrawal symptoms, relapse, or dysthymia.

Only a licensed doctor can prescribe suitable medications, adjust a treatment plan, and choose other meds as a replacement.

Psychotherapy focuses on changing the negative or distorted views one may have on themselves or a situation. It also helps identify and manage the main stressors in one’s life and strengthen relationships.

Regularly talking to a therapist can help one learn skills for coping with negative emotions and thinking patterns. The psychotherapy sessions allow one to open up about issues in their life that are making them feel hopeless.

Psychotherapists have formal training and experience in several techniques that can help people resolve deeply-rooted personal issues, recover from mental disorders, and make positive changes in their lives. They employ different psychological and verbal techniques based on the client’s individual needs for quick recovery.

The most common psychotherapy method used to treat MDD is cognitive-behavioral therapy (CBT). It is carried out on the idea that people’s thoughts may impact their emotions. Though it is short-term and goal-oriented, it comes with long-lasting results. CBT helps patients to learn to identify patterns of cognitive distortions (negative thinking) and to turn these distortions into more positive ones to improve mood. Having a behavioral element, CBT also aids one in working on an emotional response to different situations and helps them to engage in productive activities again to enhance their overall well-being.

One may be scheduled to undergo electroconvulsive therapy if they have severe, life-threatening MDD that doesn’t respond to other treatments. During ECT, the trained medical professional passes a mild electrical current through the brain, triggering a brief seizure. The seizures are proven to help restore chemical imbalances in the brain and ease symptoms of major depressive disorder.

At the time ECT is administered, the patient is under anesthesia. A team of medical professionals, including a physician assistant, a nurse, an anaesthesiologist, and a psychiatrist, oversee this treatment.

Consult With A Therapist 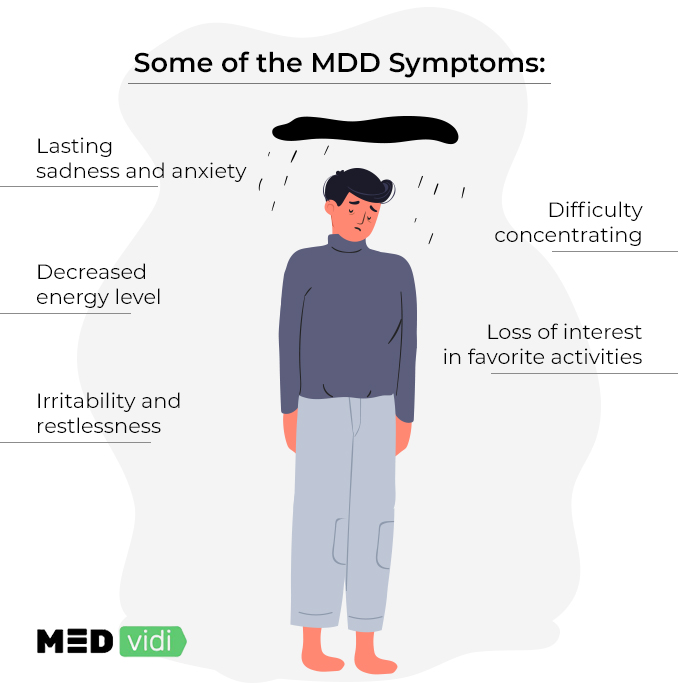 Before one is scheduled for ECT, they undergo a psychiatric and physical assessment to determine their fitness for ECT. The physical evaluation involves an electrocardiogram (ECG) for heart health, a basic blood test, and an overall medical exam. One is also required to give written informed consent or have it given by a guardian before the treatment is commenced.

MDD can make one feel hopeless, helpless, worthless, and exhausted. This can be dangerous in many ways, including the inability or lack of motivation to seek help. However, certain self-care practices and lifestyle changes can help one eliminate the symptoms of MDD to get ready to ask a doctor for professional help. These practices include the following:

However, the above tips can only serve as extra support. It is recommended to see a healthcare provider as soon as the MDD symptoms present, not trying to treat such a serious condition by yourself. A mental health professional will make a proper diagnosis, help you set realistic goals about the treatment outcomes, and will provide you with an effective treatment plan.

While one may feel hopeless at times as they struggle with MDD, it’s important to note that there are treatment interventions for the disorder. One should stick to the prescribed treatment plan for the best outcomes. And on days one feels depressed despite getting treated, they should speak to a mental health professional or local crisis service for help.

Real help for Depression.
Beat your symptoms with our expert advice.

Ativan Prescription – How to Get It Prescribed?

Within each of these categories, subgroups of drugs work differently and have their benefits, risks, and possible side effects. Lorazepam (Ativan) is a benzodiazepine most commonly used to treat anxiety. Benzodiazepines are a drug class that has evolved since the 1960s. Still, medical evidence suggests… 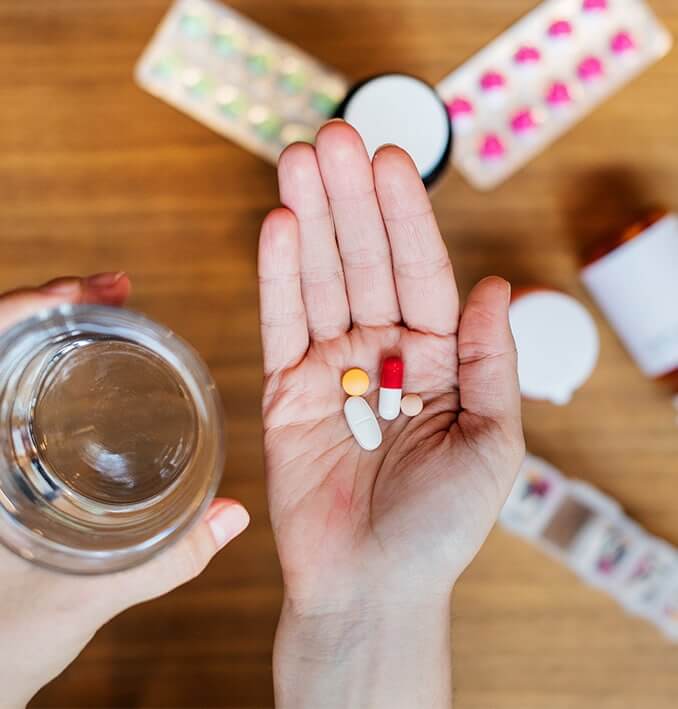 It is difficult to outgrow a clinical mental health condition like attention deficit hyperactivity disorder (ADHD) if left untreated. Millions of Americans, including teenagers, adults, and children, deal with ADHD, complicating their lives. However, there are many treatment options for this mental health disorder… 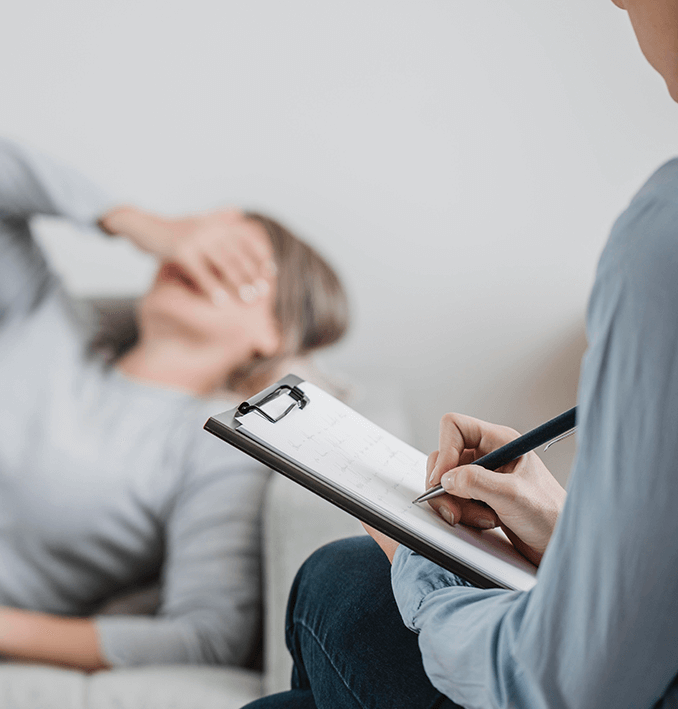 OCD VS. Anxiety Disorder: How They Are Related?

OCD and anxiety disorders have many similar symptoms. While anxiety disorders and OCD are frequently comorbid and have symptoms that overlap, some key distinguishing factors exist between them that lead to diagnostic clarity. Differentiating between these characteristics can help guide treatment… 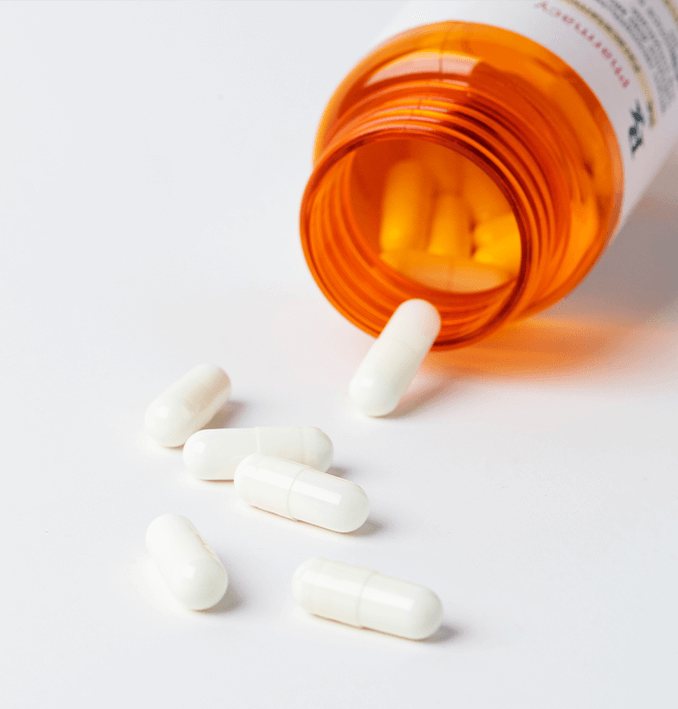 Lexapro Insomnia: All You Need to Know in 2022

People who experience clinical depression and anxiety often get prescribed Lexapro as these mental health issues go together. Lexapro is usually the drug of choice to treat both anxiety and depression. Like many other prescription drugs, Lexapro has some side effects, such as; Lexapro insomnia…